Back in 2008, Google PageSpeed recommended removing query strings from static resource URLs. Google dropped that advice in 2014, but you might still see the advice in GTMetrix or Pingdom results:

Most proxies, most notably Squid up through version 3.0, do not cache resources with a “?” in their URL even if a Cache-control: public header is present in the response. To enable proxy caching for these resources, remove query strings from references to static resources, and instead encode the parameters into the file names themselves.

GTMetrix has since deprecated that recommendation. It had been based upon the following advice from 2008:

Nowadays, you should ignore that advice.

It is no longer the case that "proxies do not cache resources with a ?". In particular, Squid version 2.7 was released in 2008 and caches resources with query strings by default. More than 12 years have passed and Squid is now on version 5.0. It is unlikely that any organizations still use pre-2008 Squid versions, not least due to security vulnerabilities.

Squid described in 2010 why it deprecated its old cache setting:

That policy setting was created at a time when dynamic pages rarely contained proper Cache-Controls, that has now changed. From the release of Squid 2.7 and 3.1 the squid developers are advocating a change to this caching policy. These changes will also work in 3.0 and 2.6 releases despite not being officially changed for their squid.conf.default.

Even if an organisation uses a proxy that doesn't cache static resources containing a query string, Sirv CDN is a proxy in itself. It provides a global CDN, with 20 edge locations around the world, to serve content from the nearest location to each visitor. Additional proxies are of minimal benefit.

The query string advice was adopted based on a very old Google PageSpeed recommendation from 2010. Google discontinued that advice in 2014, due to the advantages of query strings in the modern, dynamic web. Google's current advice is here. It's old advice from January 2014 had been removed by December 2014.

Furthermore, a page still scores a perfect 100% result, despite scoring 1% for query strings:

Yahoo's YSlow page analysis service uses 23 metrics for high performance websites. It has no concern about the use of query strings for static resources.

The right advice for today's web

In conclusion, you can relax - it's fine to use query strings in image URLs and you can still score a perfect 100%.

Sirv highly recommends testing your website with the GTMetrix page testing service and/or Pingdom page testing service. You can safely ignore the advice about query strings in static resources but the other recommendations are usually relevant and very valuable in helping load your page as fast as possible.

Use Sirv for the highest possible score

By hosting your images with Sirv, you'll achieve a great score in these crucial performance areas: 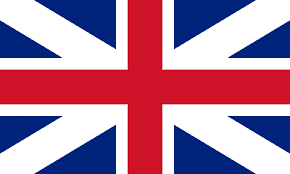